The Conclusion to my PhD Thesis

Looking back at my thesis, which I wrote in 2003, I wonder if my conclusions were accurate. Ten years’ on, what do other people think?

The (homo)sexuality debate in the Uniting Church in Australia began before the Church was created and has not yet been concluded. In some ways it appears that the Church has achieved nothing in its three decades of discussion. Homosexual Church members have not received the absolute welcome for which they yearn; nor have they received the simple condemnation that some other members of the Church would like the Assembly to proffer. In many ways their situation is the same as it was when the Church was created. Some people and groups accept them; others reject them. Membership is (almost) universally open to them; yet their leadership usually faces challenges. High profile homosexual ministers like Byrnes and McRae-McMahon face regular demands that they be disciplined. Low profile homosexual members are welcomed and accepted by their congregations.

In many ways, the result of the Uniting Church’s debate has been to bring it to the same position as the Anglican and Catholic churches in Australia, an unspoken acceptance of quiet homosexual people. When the Uniting Network gathered for the fifth time in 2002 the theme of the gathering was Daring to Celebrate. The gathering celebrated the twentieth anniversary of the 1982 ASC resolution that sexual orientation was not of itself a bar to ordination; the twenty-fifth anniversary of Union; and the fact that a woman in a same-sex relationship had recently been ordained without publicity in Western Australia. Like bishops in the Anglican Church, the leaders of her presbytery knew of her relationship, but ‘found it prudent not to inquire too closely’.[1] 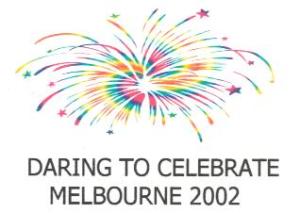 The character of the Uniting Church made any other conclusion almost impossible. Once sexuality came onto the Church’s agenda it was almost inevitable that the result, in the short term at least, would be a stalemate. Both the conciliar and the national nature of the Uniting Church made the imposition of any final decision from the ‘hierarchy’ on the rest of the Church unlikely. In this the Uniting Church outcome differs from what might be the result of the Anglican Church’s current discussion of homosexuality.[2] When the Anglican Church reached a legal stalemate on the ordination of women Bishop Owen Dowling of Canberra and Goulburn stated that he would ordain women deacons to the priesthood. He was restrained by a court injunction, but Archbishop Peter Carnley of Perth was not, and he ordained ten women in the Perth Cathedral in 1992. The General Synod then passed retrospective legislation to indirectly allow dioceses to ordain women priests.[3] Given the diocesan nature of the Anglican Church this appears to have been an acceptable solution. Without bishops and archbishops, and with the councils of the Church closely interconnected, such decisive individual action within the Uniting Church is nearly impossible.[4]

In 1999 one presbytery came close to following the Anglican model. At its July meeting the Presbytery of Maribyrnong Valley in Victoria resolved that ‘this Presbytery believes that the fact that a person is living in a stable, committed same-gender sexual relationship is not a bar to ordination’.[5] The Presbytery had before it a certificated[6] candidate living in a same-sex relationship, and members decided to reflect on the general policy before they voted on the readiness of the particular candidate for ordination.

The decision of Maribyrnong Valley was challenged by another Victorian presbytery, Nepean, which wrote to the President asking for a ruling on whether the decision was a change in doctrine. If it was the Presbytery’s resolution was ultra vires, the Assembly having responsibility for doctrine. The President decided not to make a ruling, but the ASC resolved at its meeting in November 1999 to ‘advise all Presbyteries that as they exercise their responsibilities in relation to ordination it is not helpful to the Church for them to make general statements of principle on patterns of sexual behaviour and their implication for ordination’.[7]

The Maribyrnong Valley decision particularly concerned the migrant-ethnic members of the Victorian Synod, and the Victorian Moderator attended the meeting of the Synod’s Multicultural Committee to reassure them that the Church had not agreed to ordain homosexual candidates.[9] This visit signifies the other reason that the Uniting Church has been unable to come to a final decision on (homo)sexuality. The justice ethos of the Church has left it unable to manage competing claims for justice. The conflict between Indigenous members, migrant-ethnic members, homosexual members and their supporters, and ‘evangelicals’ has left a Church that tries to do justice on the basis of consensus procedures unable to make absolute decisions. The Uniting Church is not alone in this. The United Church of Canada has faced similar difficulties. As Loraine MacKenzie Shepherd notes, the Canadian Church is faced with questions including, ‘would it be possible to be accountable both to a First Nations congregation and to its minister who has just been asked to leave because she has been outed as a lesbian?’[10] Like the Uniting Church, the United Church in Canada has found that a liberal policy of inclusion is not sufficient when some members of the Church are unable to include others.

From one perspective the official stalemate on the question of homosexual ordination indicates that the debate has been a failure, increasing tension and confusion rather than alleviating it. From another perspective, the sexuality debate in the Uniting Church appears to have achieved much. At the 1997 Assembly the Uniting Church gained its first statement on marriage. Recognising that divorce is sometimes the most appropriate response to the breakdown of a relationship, it allowed divorced people to be welcomed without reservation to the Uniting Church.[11] The understanding of ‘right relationships’ promoted by Uniting Sexuality and Faith has provided Church members who find ‘celibacy in singleness and faithfulness in marriage’ too simplistic with an alternate standard of Christian sexual morality. For homosexual members of the Uniting Church the sexuality debate has seen the 1982 resolution that ‘sexual orientation is of itself no bar to ordination’; the creation of the Uniting Network, and the comings out, with no discipline taken, of ministers including David Brown, Jenny Byrnes, Dorothy McRae-McMahon and Con Taylor. And for those opposed to the acceptance of homosexual leadership the debate has seen the creation of EMU and the recognition by Church councils of the importance of consulting ‘evangelicals’.

In interviews members of the Church have affirmed their belief that the Church has moved a long way. One minister believes that the Church will never return to ‘absolute homophobia and exclusion’. Some congregations now accept homosexual ministers. ‘In a lot of the cases where that is happening the ministers are not out fully, but most people know. That just would not have been possible a short time ago.’[12] The change in the Church reflects the change in individual members. Over the course of the sexuality debate Rev. Dr Chris Budden has moved from tentative efforts to reread the Bible ‘to a willingness to celebrate and affirm people in leadership and lifestyle’, which he describes as a shift in both his understanding and his courage.[13] One Uniting Church minister interviewed recognises that he still struggles with his conditioning, but his commitment to a free and inclusive Church has made him a freer person. ‘So it is not just a freer Church for gay and lesbian people, it is a freer Church for me as well, inside. And I think that is very important.’[14] While there have been no national decisions on homosexuality, there has been a quiet change in the minds of some Church members.[15]

Most importantly, despite numerous predictions, the sexuality debate has not seen the division or destruction of the Uniting Church. The Uniting Church may have been unable to come to a final decision, but its indecisiveness has not destroyed it. In the future, as the Uniting Network continues to support individual homosexual Church members and agitate for complete acceptance, and as EMU continues to oppose this, it may be that the Uniting Church will be calmly transformed by the confidential ordination of homosexual people, whose gifts and graces will strengthen the Church.

It is probable that the sexuality debate will continue in some form for years to come. As this thesis has demonstrated, while the Uniting Church is able to discuss sexuality with an openness unique among Australian churches that very openness has prevented it from bringing this discussion to a conclusion. Its liberalism allows its members to hold contradictory views on sexuality; different views drawn from the same sources. Unable to impose any particular understanding of sexuality on its members, the Uniting Church must continue to try to live with diversity.

[1] David Hilliard, ‘Pluralism and New Alignments in Society and Church 1967 to the Present’, in Bruce Kaye (ed.) Anglicanism in Australia: A History, Melbourne University Press, Melbourne, 2002, p. 130, referring to the Anglican situation.

[4] There have been suggestions that the Uniting Church should follow one resolution of the Anglican Church. The Church of England instituted ‘flying bishops’ to provide pastoral care to congregations whose attitude to the ordination of women differs from that of their bishops. With the appointment of Rev. Dr Rowan Williams as Archbishop of Canterbury it has been suggested that similar ‘alternative episcopal oversight’, possibly from Sydney Archbishop Peter Jensen, could provide a solution to conflict within the Anglican Church about homosexuality. Peter Fray, ‘Anglican rift embroils Sydney’, Age (Melbourne), 4 January 2003. Muriel Porter has suggested that it might be time ‘to look carefully and dispassionately at a new church structure’ to allow dioceses to both remain Anglican and to follow their consciences. Muriel Porter, ‘It may be time for Anglicans to loosen the ties’, Age (Melbourne), 6 January 2003.  Earlier, Rev. Prof. Ian Breward suggested that a Uniting Church equivalent of flying bishops, an alternative national presbytery, could allow the Uniting Church to remain united in its diversity. Ian Breward, ‘Infuriating and unnecessary – the Uniting Church today?’ in Hugh McGinlay (ed.), Joy Pain: Belonging in the Uniting Church, Uniting Church Press, Melbourne, 2000, p. 14.

[6] That is, a candidate with a certificate from the Theological Hall of the Uniting Church in Australia declaring them ready for ordination.

[7] Interestingly, the ASC had not given similar advice when presbyteries, or the Synod of Queensland, resolved that homosexual people were by definition ineligible for ordination. See, for example, Synod of Queensland Minutes 86.93 and 96.113 (b) (i).

[8] There is no provision in the Uniting Church for a minister’s ordination to be recognised in some parts of the Church, but not in others. Had the candidate been ordained she would have been eligible to practise as a minister in any part of the Uniting Church.

[11] This includes divorced people from other churches. One Catholic divorcee who found that he could not be remarried in a Catholic Church stated that, ‘I just wanted to be married in a church. Fortunately we found a wonderful minister at the Uniting Church. He listened to us sensitively and we planned a very special wedding day complete with communion and wine.’ Pino Saccaro, ‘Closing the doors to God’s house’, Sunday Age (Melbourne), 9 November 1997.

[15] This may have been what happened in the Anglican Church of Australia when women were ordained. Church members quietly and gradually came to accept women priests. It is impossible to document a quiet change of mind, but the fact that in most parts of the Anglican Church women priests appear to be taken for granted and the debate has moved on might be evidence for it.