Sermon: Living as though the world were what it should be, to show it what it can be

Sermon for Williamstown
The fifth Sunday of Easter, 24th of April 2016

I’m going to start today with something that shows my age; I’m going to quote from a television show from the late 90s and early 2000s, the years when I was meant to be writing my PhD and so was actually spending way too much time watching television. The show was Angel, a spinoff from Buffy the Vampire Slayer, and it was the story of a vampire with a soul who lived in Los Angeles and sought redemption by helping the hopeless. Practically a documentary, really.

One of the themes of Angel is summed up in a conversation that the character Angel had with his son Connor, explaining why he did what he did. Angel said:

Nothing in the world is the way it oughta be. It’s harsh…and cruel…but that’s why there’s us…champions. It doesn’t matter where we come from, what we’ve done, or suffered. Or even if we make a difference. We live as though the world were as it should be, to show it what it can be. (Deep Down, 4.01) 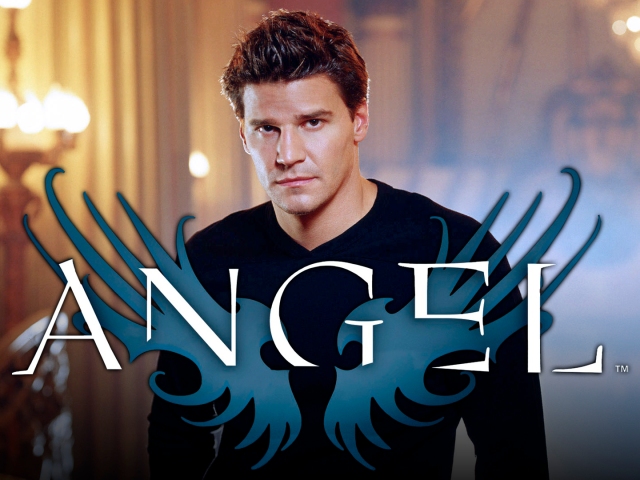 I love that quote, and have used that scene as a Blessing in a couple of the Church of Latter Day Geeks’ services, because that it is the perfect description of what the church is. We are, the church is, the people who live as though the world were what it should be, to show it what it can be.

In these weeks after Easter we hear extracts from the Revelation to John, and today’s reading promises us that at the end of time everything will be made new, that there will be a new heaven and a new earth, for the first heaven and the first earth will pass away, and the sea will be no more. (Rev 21:1) All things will be made new because God is both Alpha and Omega, beginning and end. We read from this passage at funerals to offer hope to those who are mourning; there will be a time when death will be no more; mourning and crying and pain will be no more. But while we look forward to that future when God’s will for creation will be fully realised, we also know that it’s not just at the end of time that we’ll see God doing a new thing. The Acts of the Apostles describe the birth of a new community, the church, in which God’s new creation is seen. This new creation wasn’t without challenge. Last year, the lectionary gave us the story of Peter’s encounter with the Gentile Cornelius. This year, we hear that story repeated, as Peter’s defence of his actions to the community in Judea. The story is repeated in Acts because what Peter had done was so scandalous – and so important.

It’s interesting that the first question of Peter from the circumcised believers when they hear that Peter had eaten with Gentiles is not: ‘why did you baptise Gentiles?’, but: ‘why did you go to uncircumcised men and eat with them?’ It’s almost as though the party of the circumcision thought that there was room for some sort of arrangement in which Jews and Gentiles could both accept Jesus as Lord, as long as they did that separately and didn’t socialise together. That sort of arrangement hasn’t been unknown in Christian history – we’ve seen it in places like South Africa under Apartheid or the United States before the Civil Rights movement. But Peter’s vision of food says otherwise; as he tells Cornelius ‘You yourselves know that it is unlawful for a Jew to associate with or to visit a Gentile; but God has shown me that I should not call anyone profane or unclean.’ (Acts 10:28) This is the message he now shares with the circumcised believers in Jerusalem, sneakily calling on the six circumcised brothers who accompanied him as witnesses. He tells them of his vision, and of the work of the Holy Spirit, and he ends with a rhetorical question that silences his hearers: ‘who was I that I could hinder God?’ (Acts 11:17)

By the end of Peter’s explanation his hearers are astounded at what God has revealed to and through him. This is one of most important moments in the history of the church, the point at which Christianity becomes available to those who have not been either born Jews or converted to Judaism. This is the moment when, through visions, experience, and the working of the Holy Spirit, Christians learn just how wide and inclusive God’s salvation is.

Today’s reading from the Gospel according to John gives us the extremely famous ‘new’ commandment, the sign that still identifies Jesus’ disciples today, the command that we love one another as Jesus has loved us. The reason that Peter still needed to have that vision on the rooftop was because the new commandment was about the way disciples were to love each other, and at that point all Jesus’ disciples were Jewish. It would have been possible for them to obey Jesus’ commandment to love one another while still excluding Gentiles. But that wasn’t what God’s new creation, the church, was to be about. Part of the role of the church is, with the guidance of the Holy Spirit, to continue to further live out the implications of Jesus’ message for the world in new ways – which is why, for example, women are now ordained in the Uniting Church. The greatest division that had to be overcome in Peter’s time was that between Jews and Gentiles, but those of us in who live two thousand years’ later can’t simply rejoice in the fact that that division was overcome and Gentiles like us are now part of the church.

Throughout history the church has struggled to understand exactly what Peter’s vision means. Peter saw food, and expanded the message from food to people, interpreting the vision as telling him that he shouldn’t call anyone profane or unclean. The church has frequently failed to live up to this revelation. Christians have discriminated against each other on the basis of race and sex and gender and class and age and wealth or poverty and sexuality. But as Martin Luther King is quoted as saying: ‘The arc of the moral universe is long, but it bends towards justice,’ and the church has, over the centuries, further lived out the revelation that Peter received on that roof. And each time the church recognises that no one created by God can be called unclean or profane, the church is closer to living in a way that reveals God’s new creation to the world, living as though the world were what it should be to show it what it can be.

This week, in the weekly discussion about the lectionary readings that I have with other local ministers, we agreed that it was often harder for us to love those sitting here in church with us than to love Christians in general. So I want to give us all some homework today. We are a fairly small congregation, and it’s completely possible for us to get to know every single person who worships here. One of the ways in which we can begin to live out the command to love one another is simply by getting to know one another. So your homework for today, which isn’t actually homework because it’s to be done here at the church, is to converse at morning tea with someone you don’t know or don’t know well. I know that not everyone stays for morning tea, so this is homework for those of you who do.

If, like me, you’re extremely introverted then the prospect of taking to someone new is quite possibly terrifying. So, to help, I suggest that you find someone you don’t normally talk to and simply ask them: ‘What was the highlight of the past week for you?’ I think that for even of the shyest and quietest amongst us there’s enough there for a five minute conversation in which we can get to know each other a little better.

Jesus told us to love one another, and one way of doing that is by simply talking with each other. For some of us that will be more difficult that giving away our worldly goods to those in need, which of course we’re also called to do in love. But let’s do this homework today and see how it goes.