“And the Lord God planted a garden in Eden, in the east; and there he put the man whom he had formed.”

The Book of Genesis gives us two versions of creation. The first story, which many scholars suspect is the later version, is a very balanced account of a creation by an extremely powerful god who creates through speech: “God said, ‘Let there be light’; and there was light.” In this story humanity, male and female, is created at the very end of the process, on the sixth day, the same day on which God created the animals. God creates everything and sees that it is very good, but it’s a somewhat ‘hands-off’ creation.

The second story, the one we heard today, possibly the older story, is a much more ‘hands-on’ creation. Here God creates a man from the dust of the ground, and gives the man life by breathing into his nostrils. At that time, according to the story-teller, there were no plants because “the Lord God had not caused it to rain upon the earth, and there was no one to till the ground”. It is only after humanity is created that God plants a garden. The man whom God created is then put in the Garden of Eden to till it and keep it. In this second, earlier, creation story, the connection between humanity and gardens is an interdependent and beneficial one.

Throughout history numerous writers have reminded us of this connection between God, humanity and gardens. For instance, the sixteenth-century philosopher and essayist, Francis Bacon wrote in his essay ‘On Gardens’: “God Almighty first planted a garden. And indeed it is the purest of human pleasures.” Some four hundred years’ later the author Rudyard Kipling wrote: “Adam was a gardener, and God, who made him, sees that half of all good gardening is done upon the knees.”

The Garden of Eden is not, of course, the only garden about which the Bible tells us. We are still in the Easter season, so we have recently been reminded of the Garden of Gethsemane, in which Jesus prayed on the night before his death, and the garden which contained Joseph of Arimathea’s tomb, so that Mary of Magdalene, on first encountering the risen Jesus, thought that he was the gardener. 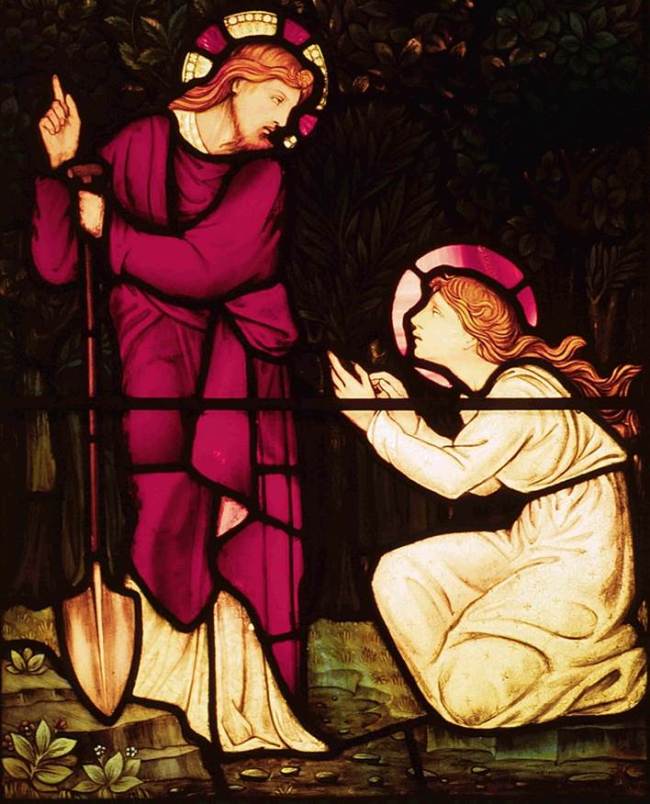 We heard of two other biblical gardens today. In the sixth century BC, when the people of Israel were in exile in Babylon, the prophet Jeremiah offered them a pastoral word. The false prophets were telling them that their exile would be over soon, that within two years Babylon would fall. As the exiles were to discover, these prophecies were a failure. The false prophets offered the false hope of a quick end to exile; Jeremiah responded with the true hope that God was still with the exiles even in their exile; even though the exile would last for 70 years and it was only the children of those exiled who would have any hope of returning to their land. And so through Jeremiah God commanded the exiles: “Build houses and live in them; plant gardens and eat what they produce.”

The command to the exiles, that they settle, plant gardens, marry, have children, was an assurance that God had not deserted them. The creation blessing, God’s command that they be fruitful and multiply, continued even in Babylon. God was offering good and well-being in the midst of an exile that was, according to Jeremiah’s earlier oracles, a judgment and punishment. Until Jerusalem was restored, the people were to live as God’s people in Babylon. And to live as God’s people included planting gardens and eating their produce, just as Adam and Eve did in the beginning.

Two hundred years earlier, the prophet Amos had pronounced God’s judgement with some absolutely wonderful words that the church should keep constantly in mind: “I hate, I despise your festivals, and I take no delight in your solemn assemblies. Even though you offer me your burnt-offerings and grain-offerings, I will not accept them; and the offerings of well-being of your fatted animals I will not look upon. Take away from me the noise of your songs; I will not listen to the melody of your harps. But let justice roll down like waters, and righteousness like an ever-flowing stream.” (Amos 5:21-24) But Amos also offered the people hope. Ultimately, he tells the people of Israel, God will restore their fortunes and place them safely in the land he has made for them, where “they shall plant vineyards and drink their wine, and they shall make gardens and eat their fruit.” For Amos, like Isaiah, the kingdom of God is a place where people will be able to eat the produce of their own gardens.

According to the Bible, one of humanity’s roles is to tend gardens; planting gardens is one way of living as the people of God; the kingdom of God is a place where people can eat the produce of their own gardens. Most importantly, God is encountered in gardens. And so it’s no surprise that community gardens are so popular among churches, and so many Christians have reflected on the connection between gardens and faith.

One person I read this week, Sharron Blezard, wrote:

What do gardening and the Christian life have in common? For one thing, they both involve cultivation and tending. If you plant a garden, you don’t simply walk away and come back at the end of summer to harvest the fruits and vegetables. If you do, you won’t find much there aside from a patch of overgrown weeds and dried up sickly plants. One must water, fertilize, train vines, attend to pests and diseases, pinch off dead leaves and stems, and keep away hungry critters that would steal and devour the plants and their tender, young fruits. It is hard but rewarding work. To plant a garden is to invest in the future of one’s well-being and bountiful table. Such work requires love, attention, care, and commitment.

“Growing” disciples involves similar effort and process. One doesn’t baptize the person and then only attend to cultivating the disciple a couple of times a year or even an hour on Sundays. It takes the same kind of consistent effort and commitment to grow disciples and strengthen their faith as it does to take a plant from seedling to abundant harvest. Discipleship is not a once-a-week activity but rather a life-long season of living into one’s identity as a child of God.

For her, a garden is a living metaphor for how we grow and nurture each other as Christians.

Another person I read, Christine Sine, the author of a book called To Garden With God, wrote:

The garden has seemingly unending lessons to teach us about the character of God and what it means to be a person of faith.  Do you struggle to connect to the story of God through morning devotions and Sunday worship? I believe one reason people are moving away from Christianity at warp speed is because we have divorced our faith from the glory of God revealed through the natural world. Nothing makes me more aware of this than working in the garden. I read about the death and resurrection of Christ in the Bible, but I experience it every time I plant a seed and watch it burst into life.  I read about the faithfulness of God to Israel but I experience it every time I watch the rain fall and nourish the seeds I have planted.  I read about the miracle of the fish and the loaves but I experience a miracle every time I am overwhelmed by the generosity of God’s harvest.

Some keep the Sabbath going to Church,
I keep it staying at Home –
With a bobolink for a Chorister,
And an Orchard, for a Dome.

If you are here today, worshipping on Sunday morning in a reasonably traditional style, then I hope it means that you can connect to the story of God through morning devotions and Sunday worship. But wouldn’t it be wonderful if people who don’t connect to God through this sort of worship could, like Emily Dickinson, keep a Sabbath by listening to birds and surround by nature, and could do that here, in a church garden.

We’re going to spend some time this morning talking and dreaming about what we would like to see in our garden here at church, on the piece of land that God has given us as a congregation to tend. Whatever we decide to do, I hope that our garden will be a place where people encounter God. So, before Michelle comes to talk about the possibilities and to lead us through some brain-storming, I’d like us to listen to a song from Brunswick Uniting Church, ‘God is walking in the garden’ to remind us that whatever we do with our piece of land we’ll be doing it together with the God who walks in gardens.